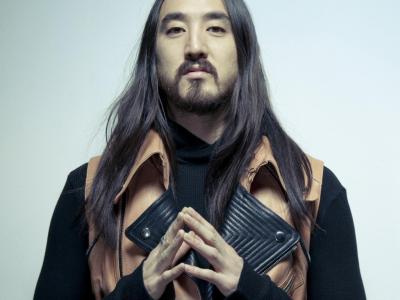 If Steve Aoki’s name would be admitted to the Oxford Dictionary and a definition had to be given, an entire page would be necessary to describe this world class DJ. In short, the titles behind his name would be; DJ, producer, label head, fashion designer, headphone designer, restaurateur, web developer, videogame character, actor, magazine publisher and definitely a showman. Born and raised in the United States, Steve Aoki started his musical career early on. During college he organised his own underground parties at his dorm and he founded his own record label Dim Mak records back in 1996. His list of collaborations is as varied as the many titles he holds to his name. It ranges from LMFAO, Will.I.Amm and Travis Barker to All American Rejects, Lenny Kravitz, Kanye West, Afrojack and Armand van Helden. In 2010 Steve Aoki released his single ‘I’m in the House’ with Zuper Blahq – the alter ego of Will.I.Am- which brought him international success. He’s single ‘No Beef’ with DJ legend Afrojack soon followed in 2011 and by then Steve Aoki was a known regular to many worldwide festivals and events. Probably one of his most notorious performances was at Tomorrowland festival 2012 when he surfed the crowd in a yellow rubber boot, or was it maybe when he threw a cake in the face of a crowd surfing-fan in a wheelchair in Toronto…. Ah well, in any case it explains his well-deserved title as a showman.