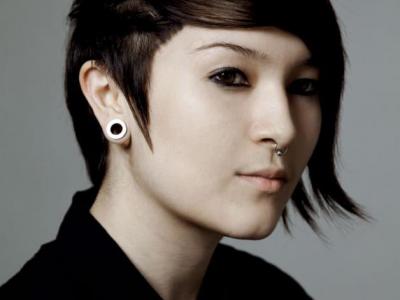 Prolific producer, Swiss-born in Geneva to Spanish parents, with more than 100 tracks released in 10 years on the best tech house and undergroud music labels (Saved, 8bit, Get Physical, Suara, Viva Music, Rekids, Great Stuff, CR2, Defected, Material, Noir Music and Cadenza of course, to name a few), among them worldwide smashing hits such as "Everybody I Got Him", "Gringo", "Aventuras" & "Inocencia" (which won the Vicious Music Award for Best Release on 2011), named best newcomer as a producer by Luciano, Joris Voorn and Erick Morillo in 2009 & 2010, Mendo is one of the most requested artist from Cadenza.

Travelling around the world all year round to play in the best clubs (such as : Womb in Tokyo Panorama Bar in Berlin, Cielo in New York, D-Edge in Sao Paulo, Ushuaïa, Pacha & Booom in Ibiza, ...) and festivals (Monegros, Balaton Sound, B My Lake, Electric Zoo, One Festival, ...), he is followed by a huge amount of indestructible fans who would miss none of his performances, during which his incredible four-deck Traktor sets that blend the best of house, live sampling and techno futurism produce overexcited atmosphere parties. "The key to a successful party is to get girls dancing. Once they dance, everybody does,” Mendo says. “I just want people to have a good time with my music.”

Mendo spent the last 6 months of 2012 working on his first album "Avalon" going to be released this autumn followed by a worldwide album release tour. A first extract, "La Krika", has been released on 1st of July, immediately played by Marco Carola in all his sets. "You will be surprised to discover this album as, half of its tracks are in a down tempo style, that people aren't used to hearing from me, but which I had a lot of pleasure producing." Mendo says.

But in 2013, Mendo has not been away from his studio, and several originals & remixes are going to be released on labels such as Form music, Amazing music, Younan music, Eat & Beat records, Material, before the end of the year. “It's exciting to produce a song, then play it in front of thousands of people and make them hysterical,” he says. “DJing is the best job in the world.”. So... stay tuned !!!

Besides, he runs his own label Clarisse Records, established already 10 years ago, publishing the best producers and releasing hits one after an other, and, since 2012, managing 7 confirmed DJs, who, he thinks, deserve to be highlighted on the international scene. Also, he is now running Clarisse Nights parties in the best european clubs.When an 8 year old kid asks for a drum machine and Amiga 500 computer with the intention of starting his own band, you know his future does not lie anywhere but in music. Introducing: Jeroen Hofer aka Melon. Not your average human being. Something that becomes obvious the second he enters the room – a beaming, larger than life personality that cannot possibly be ignored. Flair and charisma have never hurt anyone in this business.

Melon is a natural artist, a dj’s dj who has managed to gain residencies and regular bookings at some of the world’s finest clubs purely by being great at spinning records, such as Fabric, Robert Johnson or Panorama Bar. His awesome record collection, spanning three decades of dance music, is the base for a unique sound that is always a few steps ahead of the game. Timeless, muscular house in all its glory and variety which can be witnessed at his monthly “Ratio?” residency at Trouw.

Over the last few years, Melon has managed to create a high production profile. “Nitzi” on Innervisions and “Spring” on his own “Ratio?music” imprint are incredibly subtle and timeless masterpieces, while his work under his Je Dàvu moniker, such as his infamous re-edit of INXS’s “I Need You Tonight”, his re-edit of the classic “Disco2Disco” or “I Zebra” on Platzhirsch, showcases a more rocking side of his repertoire.Life has been changing quite dramatically for a 25 year old British-Japanese, producer/dj by the name of Maya Jane Coles and having recently released her biggest body of work to date; her debut album "Comfort" things look set to keep on changing...

Born and bred in London, by any standards Maya has enjoyed a rather unique start to her career; from global spectacles like playing under the World’s largest mirror ball at the Tate Modern (UK) or charting internationally with her DJ Kicks mix for K7! to making the Resident Advisor top 10 DJ Chart 2011 & 2012.

In the last 24 months alone, Maya has already graced the cover of over 14 magazines in 8 different countries including Mixmag (UK), Village Voice (USA), Trax (France), Groove (Germany) and Vicious (Spain), alongside coverage in magazine’s as diverse as Vogue and Nylon through to Rolling Stone and Men’s Health with the likes of KCRW, BBC Radio 1, Per Se playing her tracks on radio.

Critical and music fan support alike have also helped Maya to pick up multiple awards along the way including Beatport’s ‘Staff Pick: Artist of the year 2011’  and the likes of “Best Producer’, “Best DJ”, “Best Compilation” or “Best Underground Track” from a variety of media from Mixmag and DJ to FACT and SPIN!

So why all the fuss? Well, Maya is somewhat of an enigma in today’s music world; on a typical Maya Jane Coles record, Maya will have written, produced, engineered, arranged, mixed and performed every element of the track; sometimes top-lining and, on most occasions, even designing the sleeve artwork too.

Comfort is no exception with Maya taking full control of all production duties. Alongside Maya’s solo works, the album includes a number of special guests, some familiar alongside newer talents.

Maya’s debut long player is an eclectic melting pot of sounds and textures drawing on everything from house and techno through to R&B and Dub and was released internationally at the beginning of July 2013 on Maya’s own label I/AM/ME led by the singles “Everything” ft. Karin Park and ‘Burning Bright’ ft. Kim Ann Foxman.

First intrigued by the musical mixture of sounds from dub to punk to soul to jazz to world to classical music played at home; Maya began to pick up  a few instruments herself and started to produce.

Production felt like the natural next step to realise her own vision at every part of the process from beginning to end. First producing hip-hop at 15, Maya migrated to dubbier electronic sounds aged 16; before a watershed moment in her life, Maya experienced good underground house in the clubs and warehouses of East London and started to make that house records to culminating in her first release “Sick Panda” on Dogmatik back in in 2007.

The release led to gigs at events like the BBC Electric Proms and Bestival.

For many though it was “What They Say” on Franck Roger’s Real Tone label that first switched them on to Maya’s work with the track standing tall in both the sales and critics charts on Beatport; and enjoying a No1, No2 and No3 placing on Resident Advisor’s chart in October, November and December 2010 respectively.

Refusing to be constrained by genre, Maya continued to branch out her production credits of other artists such as Alpines cover of Carly Simon’s ‘Why’ and more recently the 2013 released Little Boots’ “Superstitious Heart” - a trait that we may begin to see an awful lot more of over the coming months…

Under the bass-electronic alias Nocturnal Sunshine, Maya also remixed emergent talents Jess Mills. Karin Park and Alpines, and originals ‘Can’t Hide The Way I Feel/Broke’ which made fans of Joy Orbison, Benga, Craig Richards and Scuba to name but a few shaking any doubts that she was merely a one trick pony producer.

Indeed, Maya has also enjoyed success as one half of live electronic duo She is Danger alongside vocalist Lena Cullen. Famed in particular for their remix work; She is Danger remixed artists from Gorillaz to Groove Armada with an acclaimed dubby reworking of Massive Attack’s ‘Girl, I Love You’ included on the band’s “Heligoland” deluxe album; picking up plaudits including RCRDLBL & Q Magazine’s ‘Track of the Day’, NME.com’s ‘Daily Download’ and smashing the Hypemachine top 10 multiple times.

Maya has also remixed as ‘Maya Jane Coles’ for underground labels such as Crosstown Rebels, Leftroom, and Get Physical as well as spreading her genred wings to put her own spin on tracks by Little Dragon, Tricky, Florence & The Machine, The Orb, Lianne La Havas, 2:54, Todd Terry and Bo Saris with more besides…

Alongside her production and remixing credentials; Maya’s reputation as a DJ has reached heady proportions following her guest mixes for the likes of Resident Advisor, Louche, Enter, Trace A Line, Defected with a Mixmag cover-mount CD and a huge BBC Radio 1 Essential Mix also under her belt.

Aged 17; Maya bought herself some 1210′s and started learning to mix on vinyl.

In April 2012, Maya’s position as one of the world’s top DJs was solidified with the release of her multi-award winning edition to K7’s legendary DJ Kicks mix series which gained international chart success and massive critical praise.

Maya released the tracks ‘Not Listening’ as Maya Jane Coles and ‘Meant to Be’ under Maya’s ‘Nocturnal Sunshine’ moniker as exclusive tracks from the compilation.  The mix also included tracks by the likes of Phil Kieran & White Noise Larse, Marcel Dettman and T.Williams and has proved to be one of the biggest commercial successes since the series began with the mix hitting the home pages of major sites such as Deezer, Aol Spinner and MTV Iggy.

Club smashes “Getting Freaky” on Heidi’s Jackathon Jams label and a return to her original label home Dogmatik with the release of “Watcher” followed later in the year as well as her Ushuaia set broadcasted live as part of BBC Radio 1’s famed Ibiza Weekend.

Maya’s final original release of 2012 was Maya’s much lauded genre defying release ‘Easier to Hide’ coming out her own I/AM/ME label in December hinting at what may be to come with the inclusion of album track “Easier to Hide” leading the EP.

With her debut albumhaving dropped in July 2013 Maya will have played in around 40 countries worldwide by the end of year taking in festivals like Fuji Rocks (Japan), Coachella (USA), Sonar (Spain), Ultra (USA), Lowlands (Holland), T in the Park (UK), Pukkelpop (Belgium), Bestival (UK), Creamfields (UK) and Summadayze (Australia) amongst countless others all around the world. Having previously played at Les Transmusicales (France), Melt (Germany), Benicassim (Spain), Electric Zoo (USA), Global Gathering (UK), Detroit Movement (USA) and Exit (Croatia) amongst others.