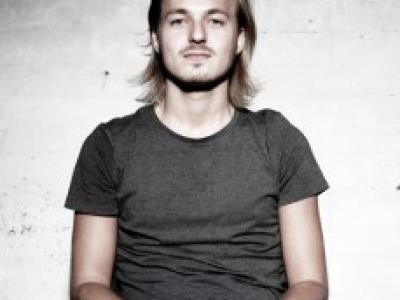 Back in 2009 he became the youngest resident DJ of the club Rocker 33 in Stuttgart, where he was asked to play with people like Ellen Allien, Adam Beyer, Marco Carola, Josh Wink, Michael Mayer and many more.

In 2011 he became responsible for a sophisticated part of the booking for the club. Since then Konstantin Sibold and his friend Leif Müller have been inviting acts like Soundstream, Levon Vincent, Todd Terje, Shed, Move D, Efdemin, Roman Flügel, Redshape, Smallpeople, John Roberts, Session Victim, Christopher Rau, Moomin, Axel Boman, The Mountain People, Sven Weisemann, Oracy and many more to their COMMON SENSE PEOPLE event series at Rocker 33.
As a result, Rocker 33 peaked in the beginning of 2012 to place #4 and #7 in the top ten list of best clubs, right behind Berghain and Robert Johnson (Groove Magazine and De:Bug).

In 2010 his first vinyl "Neuland" was released on Salon Rosi Rec., which was founded by the same guys who were responsible for the techno imprints Neue Heimat and Mutter in the mid 90s. Kompakt Köln was so stunned by the demo files they've heard that they asked for an exclusive distribution deal for Konstantin Sibold's release. With the support of Kompakt, it became one of the big techno records in the Cologne scene 2010, with people like Michael Mayer and Âme playing it.

In 2011 his much-noticed classic house release "Leif" / "Mariam" followed on the french label Caramelo and reached place #6 in the decks house buzz charts and was and still is heavily played by acts like Move D, Soundstream, Sven Weisemann and Lovebirds. Move D was asked in an interview for a favourite track and he answered: "Leif by Konstantin Sibold."

In 2012 his second house release "Aleks" on Caramelo even reached place #2 in decks house buzz charts with place #1 in the categories Disco, Chicago House and Detroit House.