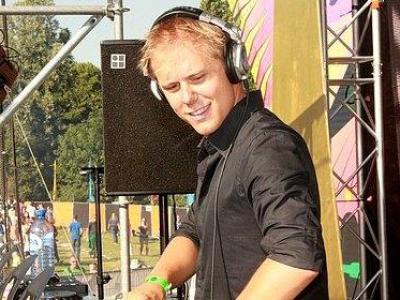 
Trance and Armin van Buuren are usually mentioned in one breath. This worldwide trance pioneer started his musical career in 1995 and is still here today. Van Buuren has an infinite passion for electronic music and knows how to 'market' his music and himself. He's a true performer and easily takes on a crowd of 100,000 frenzied fans, anywhere in the world. In real life, or via his radio show A State of Trance, which turned into a worldwide tour as well. Being one of world's best DJ's, he performed at some of the biggest and best festivals, clubs, events and shows. One of the highlights was Armin's DJ set at the Museumplein in Amsterdam in 2010, during the honouring of the Dutch football team who became 2nd in the World Cup Tournament. They partied like they were the absolute winners, and so did the crowd of 200,000 visitors. With several studio album, gigs at all important festivals worldwide, a ground breaking Armin Only world tour with theatre elements and musical highlights like 'What it feels like', he sets the bar high. But if that wasn’t enough, he furthermore has his own record label ‘Armada Music’ which features artists like W&W, Paul Oakenfold and Markus Schulz. Despite all of that, he always manages to surpass himself.