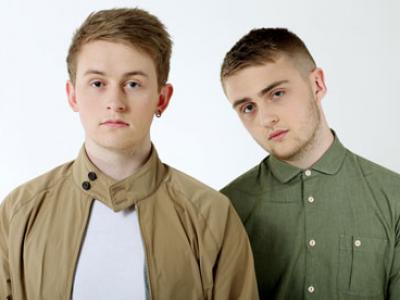 Disclosure are Guy and Howard Lawrence, siblings from Surrey, England who debuted in 2010, when they uploaded early material to MySpace. Surprised by the amount of streams and positive response, they linked with the Moshi Moshi label, which released the scruffy and rather noisy dubstep tracks "Offline Dexterity" and "Street Light Chronicle" as a single in August 2010. In 2011, the hyperactive bass of "Carnival" led a five-track EP of the same title, released for free and also trimmed to two tracks for its retail release via Transparent. The same year, they were sought for their first remixes: Jess Mills' "Live for What I'd Die For" and Emeli Sandé's "Daddy." They broke through in 2012, as their sound became cleaner, more reminiscent of U.K. garage, and more pop-oriented through collaborations with vocalists. A remix of Jessie Ware' s "Running," released on PMR -- the Island-affiliated label to which they signed -- was something of a warning flare. November 2011's "Latch," featuring Sam Smith, peaked at number 11 in the U.K. and was quickly followed by February 2013's "White Noise," a collaboration with AlunaGeorge that reached number two. Eliza Doolittle contributed to the following "You & Me," which became Disclosure's third consecutive Top 20 hit. In the U.S., where the duo signed to Interscope's boutique sublabel Cherrytree, a brief EP titled The Singles, consisting of those three hits and a remix by Hudson Mohawke, was released in advance of the June 2013 album Settle.