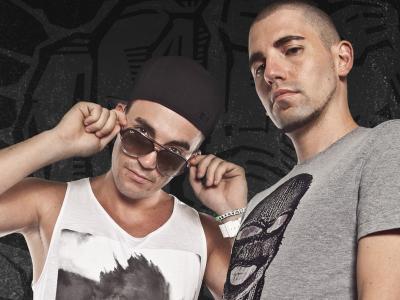 Dimitri Thivaios, better known as Dimitri Vegas, was just 14 when he started DJ’ing and in 1999 packed his bags to leave for Mallorca and Greece and play at clubs there. Thereafter he left for Ibiza to play at famous venues such as Privilege and Space. In 2004 he returned to his home country Belgium to join forces with his brother Michael and since then Dimitri Vegas & Like Mike are solid names within the EDM industry. It has been a rollercoaster ride for the brothers and together they have seen the world. They’ve held stage at several churches, temples, meccas and Jerusalem’s of EDM across the globe, such as Pacha Ibiza and NYC, Mansion Miami, Ministry of Sound London and Brazil’s crown jewel Green Valley. But if that wasn’t enough, since 2013 they’ve taken up a residency at Las Vegas’ The Light nightclub, where superstar DJs such as A-Trak, Sebastian Ingrosso and Nicky Romero feature on a regular basis. They’re long list of collaborations also doesn’t seem to end, they worked together with the likes of Steve Aoki, Afrojack, Axwell and Steve Angello. Their proudest accomplishment is being ambassadors of one of the world’s most popular and established festivals; Tomorrowland. Since 2010, they create the annual anthem for the festival, producing one smashing dance hit after the other.