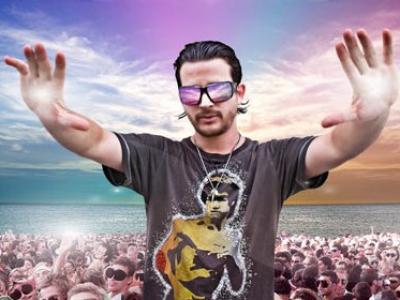 In the beginning, DJs were faceless human jukeboxes that played at the whim of their audience. When dance culture boomed DJs became superstars, and fame and ego replaced love of the music.

Luciano represents a third way: he is both a single-minded artist completely devoted to music, and a performer whose charisma is an intrinsic part of his global appeal. Luciano fuses art and fame like no other DJ. As a result the humble, Swiss-Chilean DJ, producer and boss of Cadenza Records is one of the biggest stars of the global electronic music scene.

Born in Switzerland and raised in Santiago, Luciano fell under the spell of Detroit heroes like Juan Atkins and Model 500. Determined to share his passion for techno, he spun records in clubs where disgruntled rock fans stubbed out cigarettes on his vinyl. Undaunted, the teenage DJ continued, gradually winning a loyal following and pushing dance music to new heights in Chile.
At 21 he was playing to thousands at Santiago’s Love Parade. His love of music had brought him fame. Most DJs would stop there but Luciano’s outstanding characteristic is his refusal to rest on his laurels. “In life always you have an easy way and a complex way,” he says. “The complex way has more rewards.”