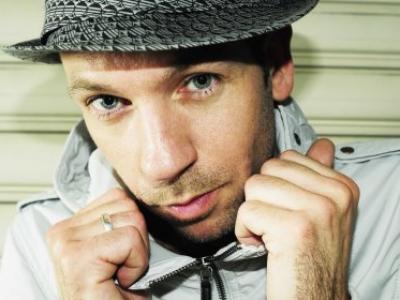 Jeroen Verheij aka Secret Cinema started producing as Meng Syndicate in 1990. His first record 'Sonar System' came out on the Hithouse label in Belgium (ARS). Soon it became a big clubhit and through remixes by Speedy J aka Pullover the record became all the more successful. Because of the unfortunate death of Peter Slaghuis, the man behind the Hithouse project, the co-operation with ARS did not work out to Jeroen's satisfaction.

In 1993, after having experimented with soundsamples and melodies for three years, DJ Michel de Hey, who recognized Jeroen's excellent producing skills, convinced him to release his music on Michel's Immaculate Music record labels. The first record Night On Earth 'My Brain' was released in 1994 on the new innovative techno label Brave New World Records. Secret Cinema 'Timeless Altitude' released on EC Records got to the Belgium Top-30 and after that the first Grooveyard success followed. After getting amazing crowd response to the Grooveyard acetate, Michel decided to release 'Watch Me Now' in November 1994. While creating it Jeroen was inspired by funk heroes such as Curtis Mayfield and The Jimmy Castor Bunch. The record became an enormous clubhit in the Netherlands, Belgium, Great Britain and Japan. Grooveyard 'Mary Go Wild' appeared in 1997 and it hit no. 12 of the Dutch Top 40 Charts and a few months later it was also put out in Scandinavia, Spain and Belgium. For 'Mary Go Wild' Jeroen Verheij received two Update Dance Awards, for Best Dutch Producer and Best Dutch single of 1997. 'Masculinity', the follow-up for Secret Cinema, delivered him another two dance awards in 1998.

Jeroen has been playing live since 1993, but when Secret Cinema's 'Volt!' came out in 2000, it was the start of Jeroen's new and restyled energetic live set. A more techno-orientated Secret Cinema only set, different from his former live-sets, wich combined Grooveyard and Secret Cinema songs. After that, Jeroen released his first album in 2001 under the name of Secret Cinema, "White Men Can't Funk".

The year 2001 saw the international breakthrough for Secret Cinema with the release of SC002, a very techno orientated project extracted from his live-set including the track 'Carton Clip', his album 'White Men Can't Funk' and subsequently his debut live performances in Ireland, Italy and Japan(WIRE festival 2001).

For 2003 a busy schedule is already planned with the follow up to SC002,and many live-gigs around the globe, including all the big festivals in Holland and that means many!!

After making the music and sound effects for ' Barcode ', a film by Adriaan Lokman , he did the same for Lokman's new film, ' Shredder '.

Now anticipations are high, with 'Barcode' being a big success and winning several prices around the world. Including the biggest animation price, the 'Grand Prix d'Annecy'.

Shredder had it's first showing at the Dutch Filmfestival on 28th of September 2002 and was presented in Dolby Surround sound. Shredder is now touring the world as it is played at many filmfestivals worldwide.

In the meantime Lokman and Secret Cinema have been busy producing the 'Barcode XL' version of the price-winning project.

The result is a splendid DVD/CD combination with a 45 minutes Live version of Barcode, played at the International Filmfestival 2003 in Rotterdam.

A 60 minutes extended version of Barcode is also on the DVD with tracks from Secret Cinema's live set presented in 5.1 surround sound.

As an extra it includes a CD with a spectecular Live-set from Secret Cinema recorded at the Switch club in Dublin, Ireland.

In 2000 Verheij went on to reinvent his Secret Cinema liveset. A year later his first album was released; ‘White Men Can’t Funk’. A string of techno classics like Volt, Saccades and Another Sweater followed and the albums Revenge of a Nerd and Skunk & Espresso were released. The techno scene was booming at the time and Secret Cinema headlined many festivals around the globe including most major Dutch festivals and events. One of the highlights was the closing set at the main stage of Awakenings Festival. An honor that only Jeroen Verheij, Richie Hawtin, Adam Beyer and Dave Clarke have had.

During 2008 the ever versatile Verheij broadened his horizon and hosted eleven Secret Cinema Invites events throughout the Netherlands. Many sold out, some were truly legendary like the Beach edition in Scheveningen that left the crowd screaming for more after over twelve hours of dance floor madness. 2009 will be the year in which the Secret Cinema Sound label is launched. Promising artists like Peter Horrevorts and Egbert have been signed. Next to the label the early work of Verheij will be digitally available. 2010, Jeroen’s 20th year in the music business, promises to be his finest yet!