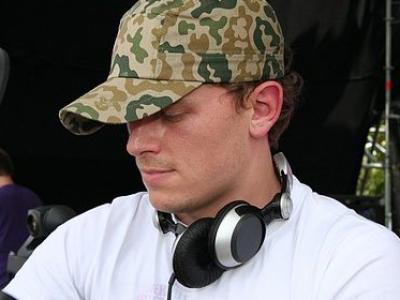 ‘Put Your Hands Up For Detroit’, a track known to many and many who will do exactly that when they hear this House Classic by Dutch DJ Fedde Le Grand. Starting DJ’ing at a young age, Fedde began spinning the turntables at drive-in shows and the local clubs soon followed, together with the rest of the Dutch club scene. It was in 2006 when he released the track about the city, which is considered by many, to be one of the birthplaces of House music. More global hits such as ‘The Creeps’ and ‘Let Me Think About It’ soon followed and by the year 2008, Fedde had already achieved much. His skills for producing monster hits are matched by his skills for DJ’ing and setting the crowd in motion. He’s held a residency at the legendary London club Ministry of Sound and he is one of the resident DJs for the Sensation parties. The event originating from the Netherlands in 2000 is now being held in over 20 countries and Fedde travels to all of them as one of the resident DJs. Sensation is not the only famous events he’s played at, you can also add to his long list events Coachella, Electric Zoo, Mysteryland, Tomorrowland, Electric Daisy Carnival and Ultra Music Festival. If that isn’t enough, he’s remixed songs for musical superstars such as Madonna, Robbie Williams, Fatboy Slim and of course Coldplay. His remix ‘Paradise’ was a festival favourite and earned him an opening performance for the famous band. Of course, he also has his own record label called Flamingo Recordings which features artists like Funkerman, Billy the Kit and Roul and Doors. His fans give him the title ‘Saviour of House’ due to the ‘dance appeal’ of his music, Fedde Le Grand is all about getting those hands up, and those feet blazin’. You'll dance your socks off to his sound, with beats pursing through you with even the simplest of sound systems. Fedde Le Grand will get everybody moving.